Your home to simulation activities at the UNC 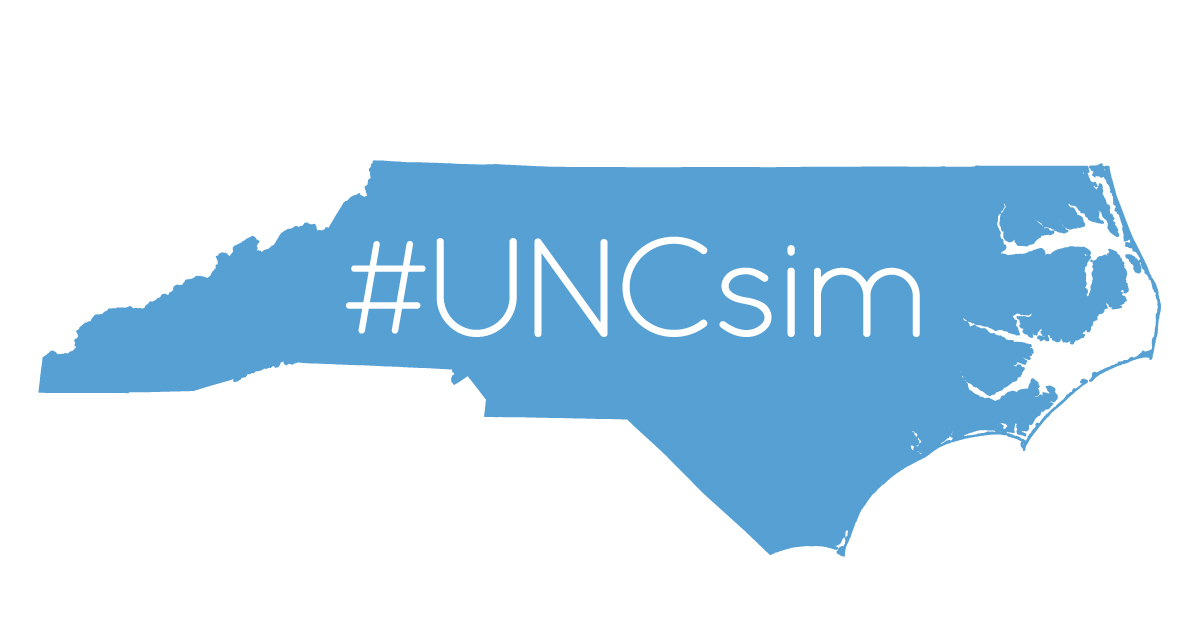 The Department of Pediatrics provides high quality interdisciplinary training throughout the NC Children’s, NC Women’s and the School of Medicine. The department is also involved in various quality improvement initiatives aimed at improving care to children within North Carolina and beyond.

Several members are involved in national pediatric simulation workshops hosted by the Children’s Hospital of Philadelphia and John’s Hopkins University.

Simulation research has centered on the utilization of instructional resources for learners and their impact on educational outcomes as well as patient safety outcomes for various quality improvement initiatives.

The team began designing telesimulation programs aimed at improving care for children at critical access hospital emergency department staff within the state of North Carolina. Pilot testing of this program has already occurred in 2013 as part of the Duke Endowment-funded Project CAPE program (a partnership with UNC and Johns Hopkins).  In 2015, the team began collaborating with the UNC Department of Surgery to increase the offerings of this program. Early simulation work in pediatric education was done utilizing multimedia resources and task trainers. Later simulation was integrated to be a tool for quality improvement initiatives.

In 2013, Benny Joyner, Jr., MD, MPH directed the formation of The NC Children’s Hospital Simulation Program shortly after he was appointed as Clinical Director of the School of Medicine Clinical Skills and Patient Simulation Center. The committee has been chaired by Afsaneh Pirzadeh, MD and Ashley Kellish, RN, MSN since that time. In 2014, Clinical Instructor of Simulation, Gene Hobbs was hired to bring his 13 years of simulation educational and research experience to the team. By 2015, the committee has grown to include the NC Women’s Hospital as well as other individuals with simulation focus.

Posts about simulation activities in Department of Pediatrics